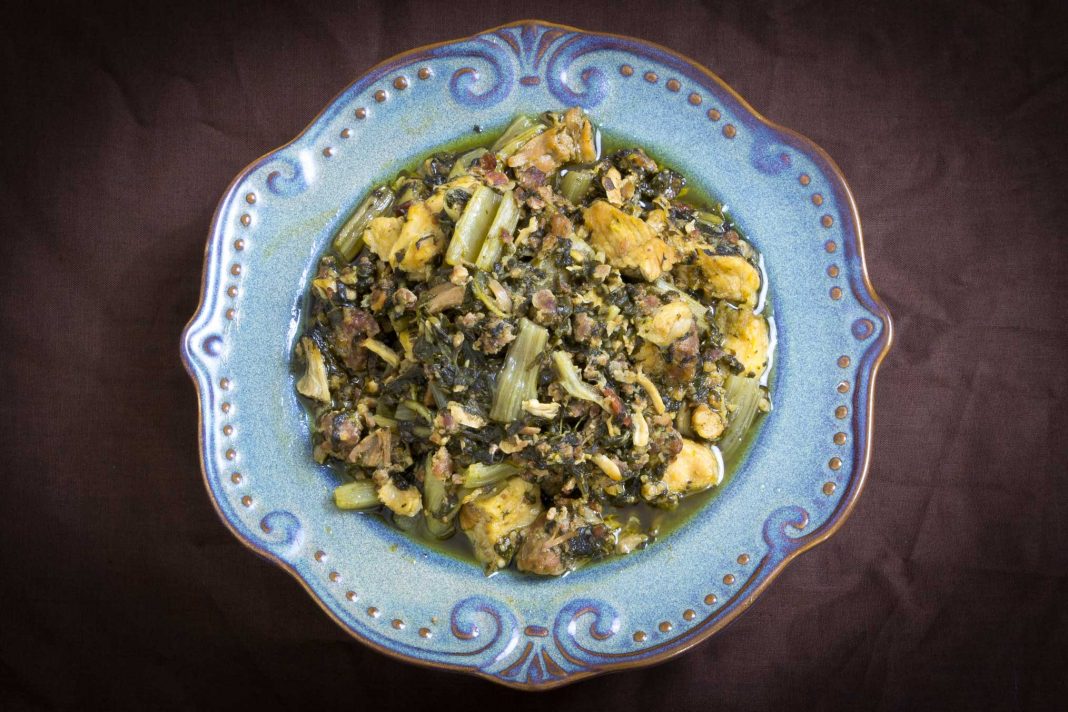 I love braising greens. Collard greens, chard, turnip greens, mustard greens. All of them are delicious and super nutritious!

Braising greens are called such because they are just that – a leafy green that you should braise. Think of them like a pot roast: first dry cook, then cook slowly over lower heat in liquid for a long time. This is exactly how you should treat braising greens.

But mostly I’m writing this post in response to some members of my family who have only ever had collard greens cooked a bit in olive oil and then decided they weren’t tasty. Cooked like that, they probably weren’t. To me, greens need to be cooked in a heavier fat – lard, bacon grease, fat back – to bring out their wonderful flavor.

So this recipe is something I came up with by accident. I am known to make large stock pots full of greens and then keep them in the fridge to serve along side the meat du jour. One day, when making up a batch, I told my dining companion that we were eating collard greens and pork. He said, why not put the pork in the collard greens. I thought about it and, well… why not? And so I did. And after a few more tries with the combination and a few tweaks “Pork and Greens” was born. It’s sort of like a stew, but not as much broth.

You can find the recipe below, but know that it isn’t an exact science. Have more pork than the recipe calls for? Add it in. No problem. Little more or less sausage? Fine. I cook this up in a stock pot and it will feed at least 4, more like 6, maybe even more if you don’t have an appetite as big as mine. Heh!

1-2 tsp sage (1 if your sausage contains sage, 2 if it doesn’t)
2 cups homemade bone broth (If you don’t have homemade broth, store bought chicken broth can be substituted.)
salt & pepper
Bacon grease, lard, or a few slices of bacon 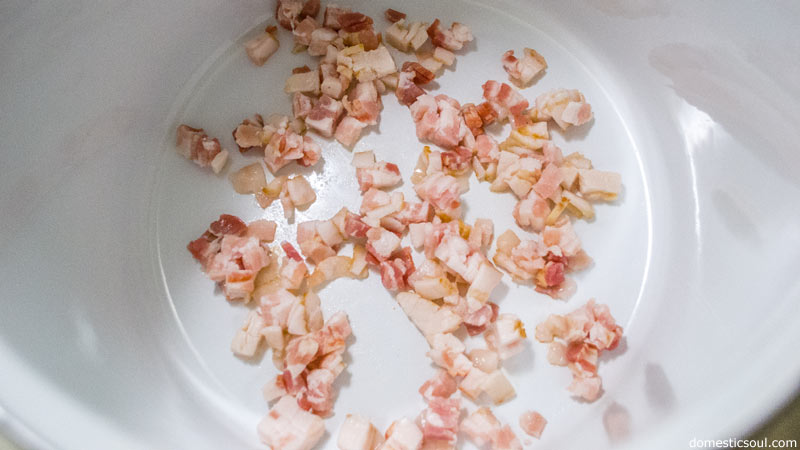 Step 2: Add garlic and cook for 1-2 minutes until you can smell it cooking. 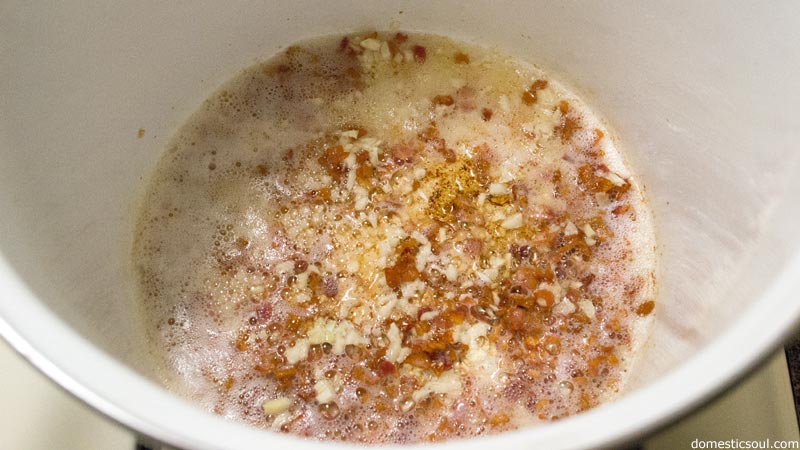 Step 3: Add ground sausage and cook thoroughly, breaking it up into small pieces. 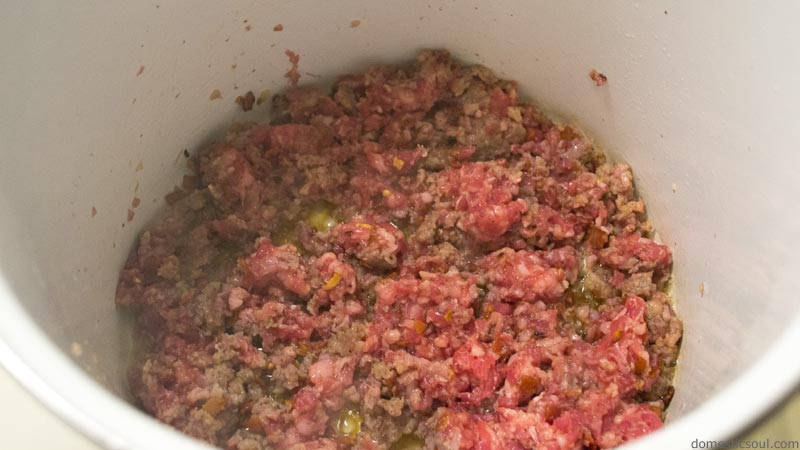 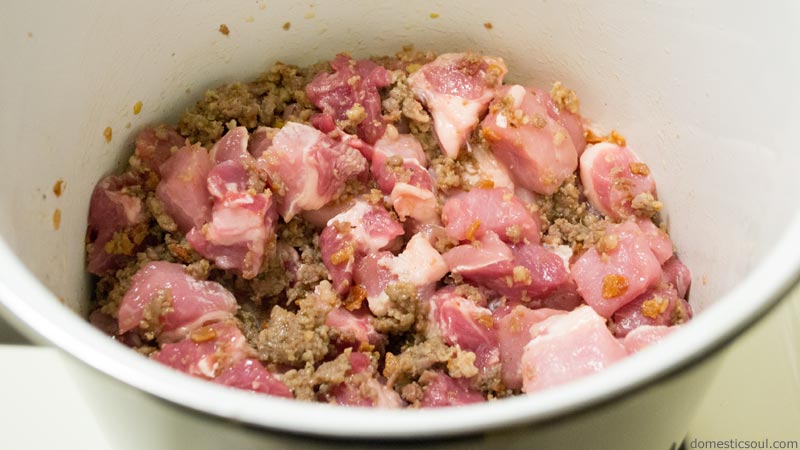 Step 5: Once cooked, add greens and mix thoroughly, making sure fat is distributed evenly. Cover and cook about 5 minutes until greens brighten. 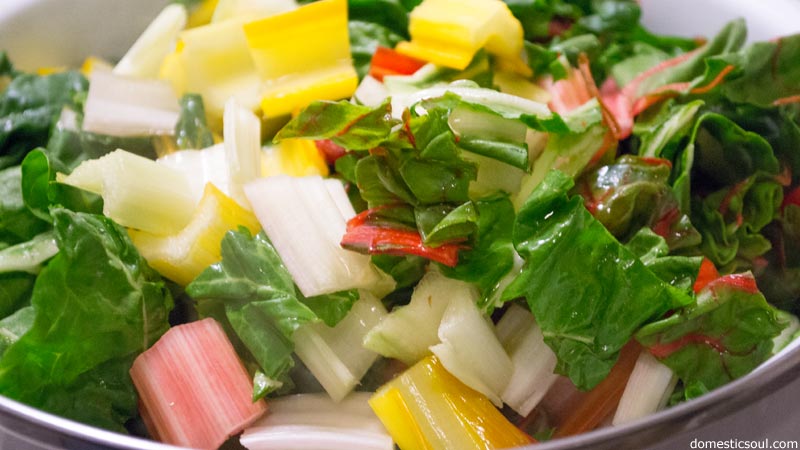 Step 7: Cover and turn to high until liquid starts to boil.

Step 8: Turn back down to medium and cook covered for 45 minutes, stirring occasionally.

Step 9: After 45 minutes, uncover, stir and assess how much liquid is left in the pot. If you have enough liquid left that it looks soup-like (see photo below), cook for a few more minutes uncovered to cook off some of the extra. 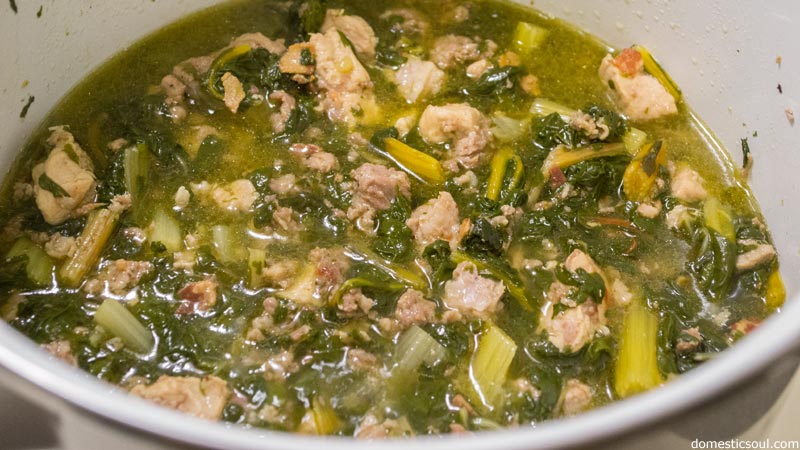 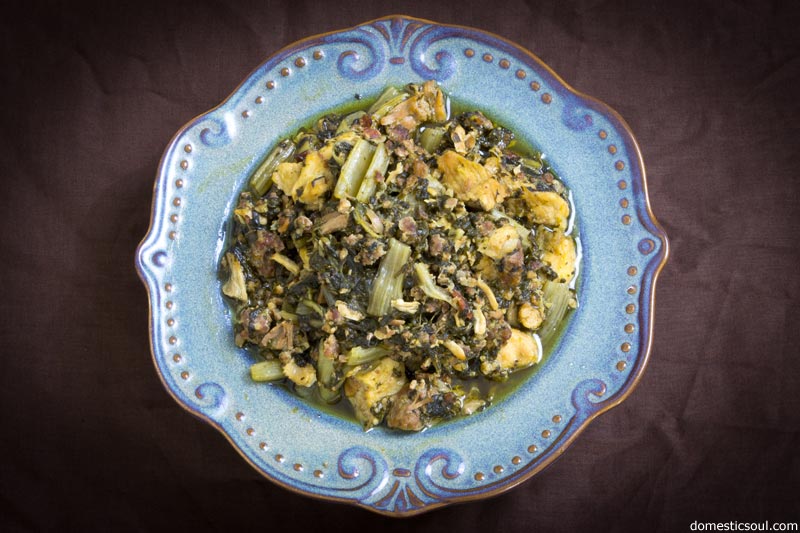