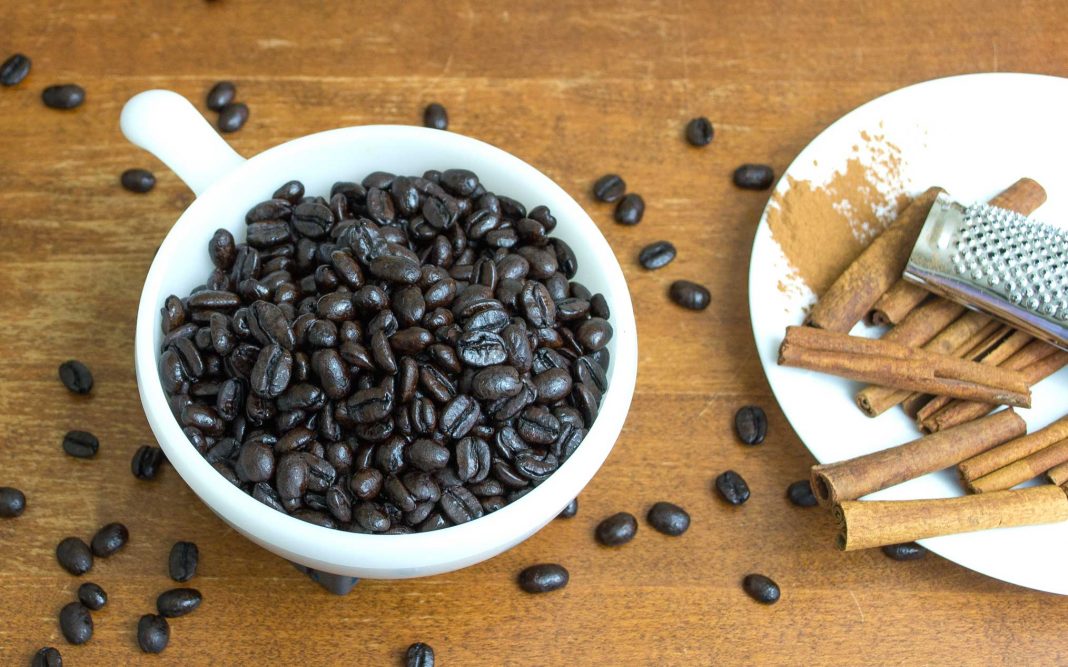 I love coffee. I drink a lot of it. There’s something about the taste and having a warm cup ‘o joe in your hands that is very comforting. Like a warm wool sweater on a chilly winter day, while you’re snuggled under your favorite blanket on your favorite couch, wearing your favorite snuggly socks, and watching some guilty pleasure television.

A handful of years ago, I started doing something a little extra special to my coffee – I started brewing it with cinnamon. It’s delicious, it makes the house smell wonderful, as a bonus, cinnamon is very good for your health.

Claims for the health benefits of cinnamon run the gamut from preventing yeast infections to curing cancer. Among the claims for cinnamon, one important health benefit is cinnamon’s effect on blood sugar levels. I’ll quote Dr. Mercola here:

So if you are trying to keep your blood sugar under control, making cinnamon coffee is an easy way to include this spice in your diet.

But if I’m completely honest, the main reason I use cinnamon in coffee is because I can get away with buying cheaper coffee and using the cinnamon to eliminate the bitterness of it. Even the store brand tastes delicious!

It’s very simple to do. Just add your favorite coffee to your coffee filter as you normally would. Then sprinkle a bit of cinnamon over the top, like so: 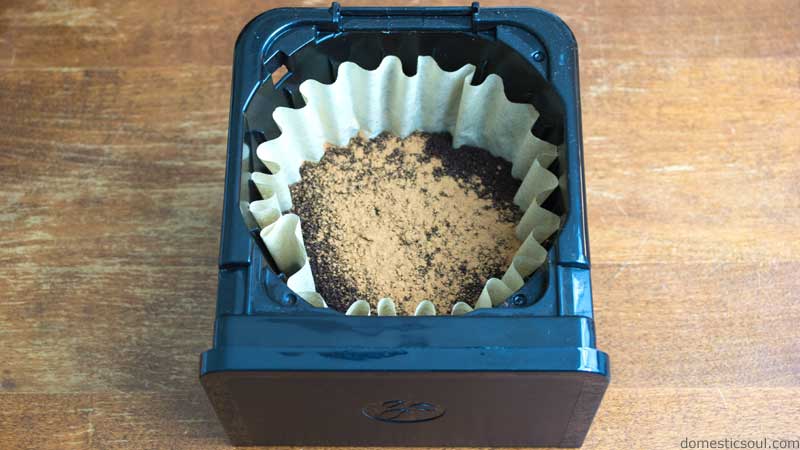 Brew it as you normally would. Then, sit back and enjoy a warm, relaxing cup of coffee with a lovely hint of cinnamon.

But wait there’s more! Not too long ago, I changed over from using a regular automatic drip machine and started using a Bodum French Press instead.  Originally, I did it purely for space issues. I’m sort of a minimalist and my old coffee maker, while wonderful, took up a little too much space. So I decided on a Bodum Caffettiera French Press after I found myself oohing and aaaaahing over all the pretty colors. I mean seriously, look how cute it is in red! Ahem, right, so… Originally for space purposes, I actually really love this thing. It’s so much easier to clean than my old coffee maker and I even think the coffee tastes better (shhh! Don’t tell my old Mr. Coffee. I don’t want to hurt his feelings. He was such a good friend for such a long time.)

So the cool thing is, this recipe works basically the same way with a french press: 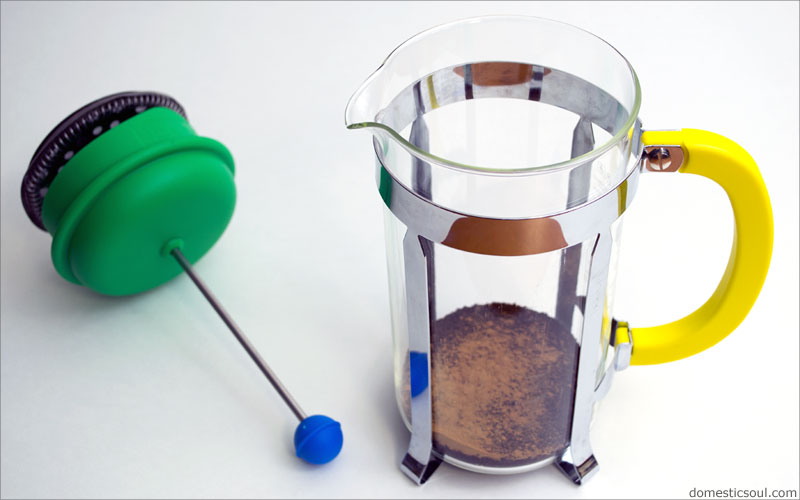 Add your coffee as you normally would – this is an 8-cup french press and I use 5 of the scoops that came with the press (7g/0.25oz scoop). Then sprinkle some cinnamon to coat the grounds. Add hot water and press as your normally would, and then serve and enjoy! 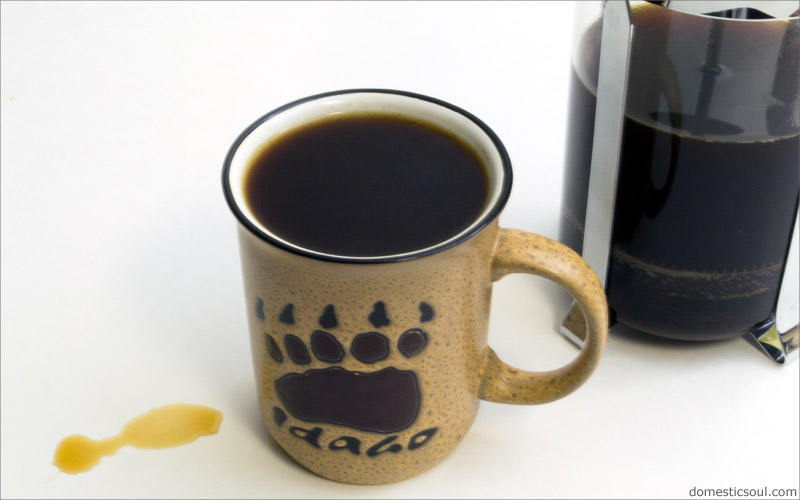 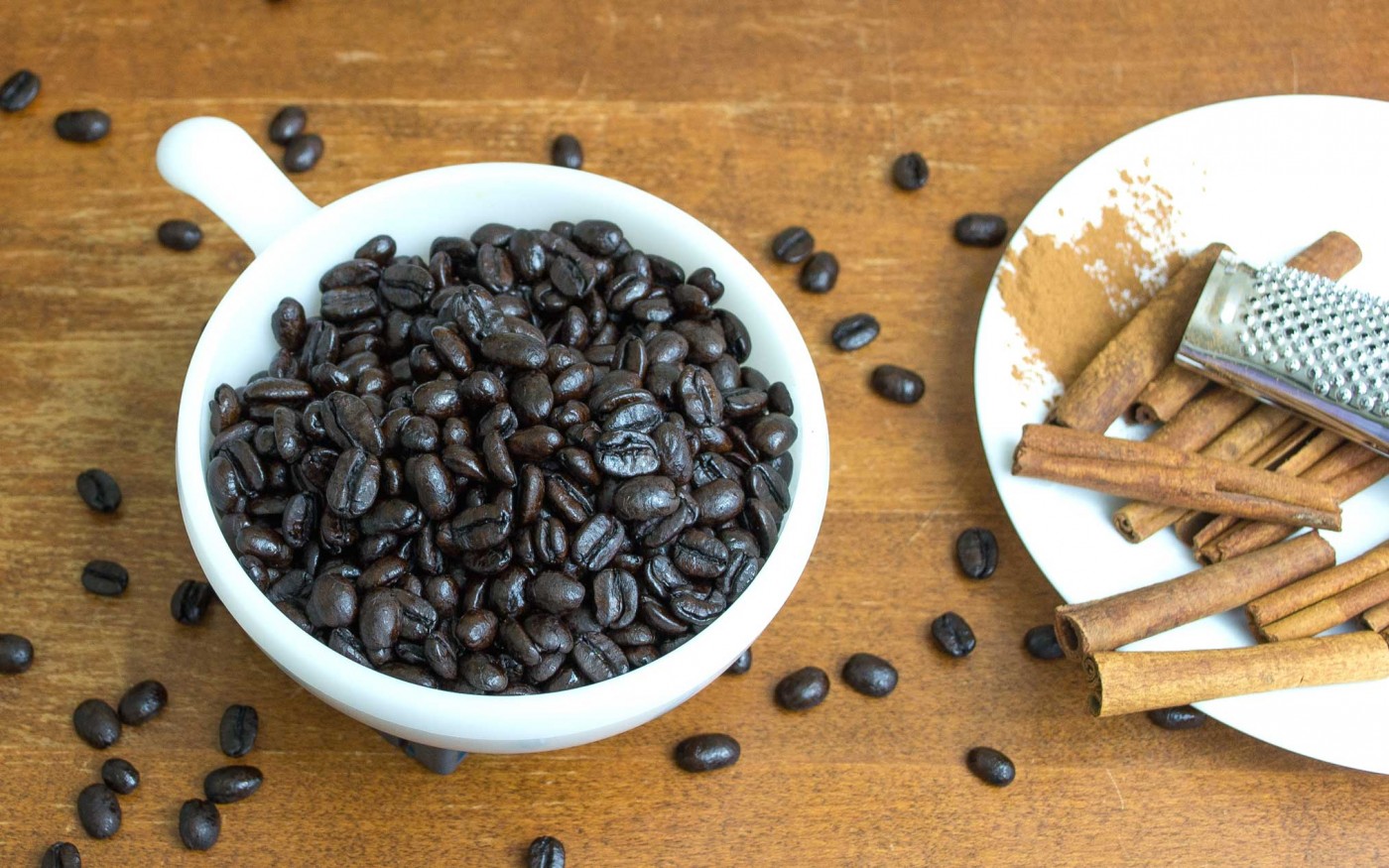 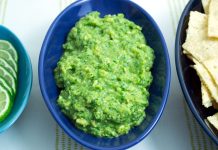 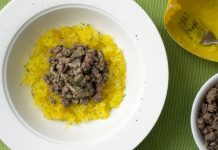 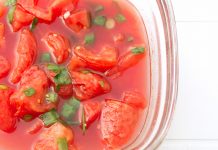 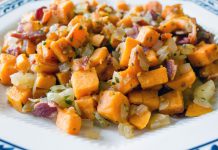